All the signs are showing green: From January 23 to 26, 2018, Messe Essen will become a top-class meeting place for international horticulture. IPM ESSEN will go to the starting line for the 36th time. The modernisation of the fair site in Essen is resulting in a few new features in the area allocation plan for the world's leading fair. For the first time, parts of the New Messe Essen including the Glass Foyer East covering 2,000 square meters will be put into operation.
"After the meeting of the Advisory Board in April and after intensive discussions with all the partners and exhibitors, Messe Essen is looking towards IPM ESSEN 2018 positively. The world's leading fair for horticulture will take place on the highest level. The site situation is changing constantly due to the conversion and, as expected, is exerting positive effects on the quality of international trade fairs such as IPM ESSEN. We are looking forward to 2018," Oliver P. Kuhrt, CEO of Messe Essen, showed his satisfaction.

Here is an overview of the most important changes:
Denmark in Hall 14 and the Grugahalle
The old Hall 5, also known as the "Danes' Hall", will not be available on the occasion of IPM ESSEN in 2018. With its almost 100 exhibitors, Floradania will therefore occupy the temporary Hall 14 and the foyer of the Grugahalle.
Poland and Spain Move into New Hall, France in the Galeria Again
IPM ESSEN will profit from the conversion for the first time in 2018. Fair Hall 9 was completely demolished in the first construction phase and is being replaced by a new hall flooded with light (upon the conclusion of the third construction phase in the summer of 2018, it will be renamed Hall 6). The northern part will have been completed by the time of the fair. Thus, the Polish and Spanish joint booths will move back there after guest appearances in Hall 7 in 2017. After the positive experiences at the last IPM ESSEN, the French national booth will remain in the Galeria. 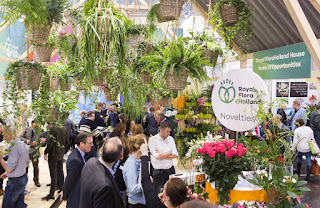 The Floristry area will remain in Hall 6, at the heart of the fair site. The old Hall 4 will no longer exist. The axis formed by Hall 3, the Galeria and Hall 7 will once more be occupied by horticultural technology. The consistent consolidation of this area of the range on offer already proved to be the right decision in 2017 and is to be retained in the future, too.
Halls 1 and 2 will be occupied by plant exhibitors, as will parts of Hall 7 in addition to Halls 8 and 9. The nurseries will be accommodated in Halls 10, 11 and 12. In the future, too, the visitors will find the Green City in Hall 1A in which the green associations, the competitions and the floristry shows as well as the creative shop situations of bloom's and g&v will be found again. 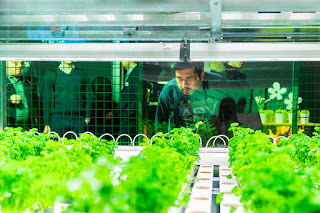 Italian Exhibitors Present Themselves Individually
For next year, firms and plant producers from Italy have decided not to be exhibitors together as until now but instead to be divided amongst the various fair halls according to the products. For 2019, there will be the option to be exhibitors together again.
hortivation in Hall 13
Under the creative management of Romeo Sommers, a green stylist and trendwatcher from the Netherlands, hortivation will take place as a trend hotspot during IPM ESSEN for the first time. The entire temporary Hall 13 will show ideas and high-volume sales concepts for garden centres. Under the motto of "Family Garden", emphasis will be placed on innovative technology and the Outdoor Living area.
New: Trainees Lounge in Hall 6.
On the occasion of IPM ESSEN, the Trainees Lounge will be set up in Hall 6.1 for the first time in cooperation with the Working Group of German Young Gardeners. As an interactive meeting place, attention will focus on the subject of training and further education here.

Popular posts from this blog

August 22, 2017
7 crop management tips to maximize greenhouse-tomato production By Celina Gómez Growing high-wire tomatoes in the greenhouse is a labor-intensive practice recommended only to those who enjoy working in a dynamic growing environment. Without careful attention to detail, everything that can go wrong will go wrong! However, understanding key production concepts can help you produce high-quality, vine-ripened fruit that will make your business thrive. 1. Purchase transplants from the experts. Typically, grafted transplants are purchased from specialized growers who provide flower-induced plant material that will enter production shortly after transplanting in the greenhouse. Buying transplants will allow you as a grower to concentrate fully on the intricate practices of exploiting this heat-loving crop. 2. Manipulate the environment. One of the most important aspects of producing indeterminate tomatoes in the greenhouse is to understand that manipulating the environment
4 comments
Read more

China Green Agro visits Britain at the invitation of NTU

December 24, 2019
China Green Agro Automated NFT planting system was exhibited in the British Pavilion at the 2019 Beijing Horti Fair in June, and received high praise. On December 8, 2019, at the invitation of Nottingham Trent University, 5 people from China Green Agro arrived in the UK for business visit Under the recommendation of Professor Lu of NTU University, China Green Agro started with friendly talks with the Department of International Trade (DIT). China Green Agro briefly introduced the research and development and achievements of the greenhouse project and the automated planting system. Gerry and Fan of DIT expressed that they are looking forward to introducing China Green Agro new automated planting technology to the UK. Gerry gave a detailed introduction to the current farming and importing of fruits and vegetables in the UK. He pointed out that the current fruits and vegetable products in the UK are heavily dependent on imports. According to Gerry, the UK is vigorously
Post a Comment
Read more

August 08, 2017
Image copyright AFP Image caption The tremors were felt in Xian, several hundred kilometres from the epicentre An earthquake has killed at least five people and injured more than 60 in China's south-western province of Sichuan, officials say. The 6.5-magnitude quake struck in the sparsely-populated north of Sichuan, the US Geological Survey said. Some reports suggest the death toll could be much higher. The epicentre was close to an area popular with tourists. Sichuan province is prone to earthquakes. More than 70,000 people were killed in a quake in 2008. The quake struck at around 21:20 (13:20 GMT) some 300km (180 miles) north of the provincial capital Chengdu, and was 10km deep. Photos showed damage to buildings, including a hotel, in Jiuzhaigou, home to one of China's most famous nature reserves and a Unesco World Heritage site. A restaurant owner in the town said this quake felt stronger than the 2008 tremor, though there is no suggestion yet that the death to
Post a Comment
Read more